Academic Theories and Concepts: How and When Can they be Conceived, Formulated and Developed? In 2009, I became a fully blooded university student where I studied Business Education and rounded up early 2014 as a result of the yearly ASUU struggle for the improvement of Nigerian Universities.

From thenceforth, I have been grossly involved in various academic and non-academic writings, basically published on my various websites and Facebook pages/groups. Works of superior academics outside my local environment have been very helpful with no single material from my immediate field of study.

If I say we are bereft of ideas in Nigerian universities, it will be to manage words but apt for the prevailing circumstances.
In the investigation of studies to be reported as either undergraduate projects or postgraduate thesis both national and international, I have adopted countless theories and models for the fulfillment of studies; in all of these theories and models, there happen to be no Nigerian theory attached. 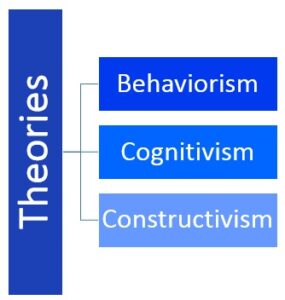 In fact, in my immediate local academic community, there in no superior that have formulated any model nor theory to help me buttress my works. It is like you are on your own. All our academic theories are foreign. What is actually the problem of Nigerian universities? Are we going to fight government all the days of our life for better universities or concede our time to pure research; studies that actually brings something to the table?

What is a Theory?

Theories are abstract ideas that explains why certain things happens. According to Ruff (2019), a theory “is the ‘how’ and the ‘why’ of an observable ‘what'”. The development of theories follows scientific method. First of all, you will have to make measurable predictions about why or how something works. However, in the humanities, theories can be developed without actual scientific testing and procedures. It can be done through observations, postulates, provided it is well developed and easy to understand and utilized.

How to Conceive an Academic Theory

Theories are consequent upon reflecting on certain societal challenges over a period of time. They do not come by mere happenstance. Even if they come by flash of memories, that would be as a result of continuous reflection of a solution to such challenges.

Why Are Findings and Discoveries Scarce Amongst Nigerian Students?

In academics, some researchers can spend all their lives practicing and researching on one particular problem until they come to a solution. It can be an observation of a behaviour or something else and this observation is carried out over a period of time to ascertain the reliability of the theory to be formulated. Hence, conception of theories that explains phenomenon takes hardwork and perseverance over time. The researcher must give time to his/her practice to enable him/her come to an acceptable ideology that can later be developed to the stage of a theory.

Academic theory formulation usually takes time. This is because ideas do not come by too often. Hence, researchers who give off themselves to regular writing are in a better position to get flashes of ideologies that supports theory formulation.

Once a theory have been conceived, the researcher formulate it. The initial course for theory conception may just be a mere idea. It is the researcher that formulate the theory following accepted procedures.

A researcher, over the period of teaching may have observed that students behave in a particular way. To understand why students behave that way, a study must be carried out to investigate the behaviour and the study can serve as a channel to publish such theory.

Once a theory have been formulated, the development stage is next. This development have to do with all that will be done to publish, including writing, consultations and probably testing as the case may require. This set the stage for researchers to whom the new theory is relevant to assess, critique and possibly utilize the theory as time emerge. The development stage of a theory is the concluding stage and it set the ground breaking for the theory to play its contribution to knowledge.

Theory formulation needs a great deal of academic orientation and understanding. If concerted efforts are conceded to theory formulation, there will be much to be attained academically.

This publication is ongoing and will need future adjustments. All information contained here are purely personal understanding and those drawn from other materials.