Delta State Governor Sen Ifeanyi Okowa has today inspected the Delta Food Bank ahead of distribution tomorrow. This was made known by the media aide to the Governor Mr. Ossai Ovie Success on his Facebook handle. 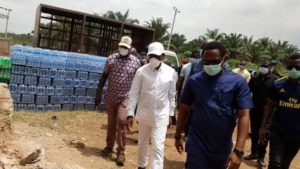 Ossai added that the food will be sent across to support those who do not have access to food in all wards of the State. 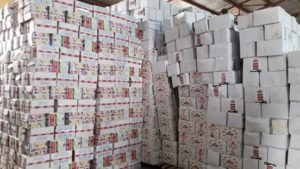 AgroNigeria had earlier reported that the government of Delta State has established a food bank to serve as palliatives to the residents of the state as they observe the lockdown rule. 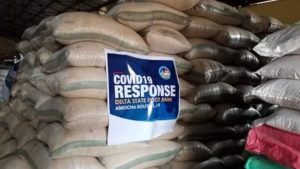 The move, according to the government, was to stem the impact of the lockdown directive effected to curb the spread of the Corona Virus. 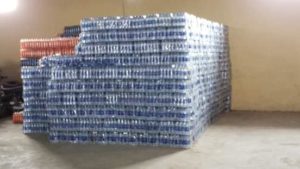 State’s Commissioner for Information, Mr. Charles Aniagwu also noted that committees are being set up to oversee activities at the state, local, ward and unit level to ensure proper distribution of food items, especially to the vulnerable in the society. 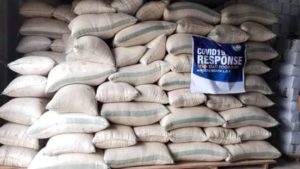 “The situation calls for a lot of sacrifice and Deltans were commended for their sacrifice and the patience, and as a way to cushion the effects of the lockdown, a food bank has been set up and committees will be set up at the local government, ward and unit levels to ensure that the food gets to everybody. 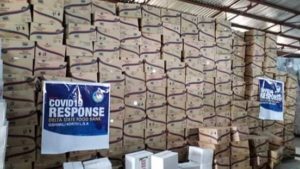 On his part, Bureau for Special Duties, Mofe Pirah, said that the government would only distribute food items and not cash, as it is what is needed at this time. 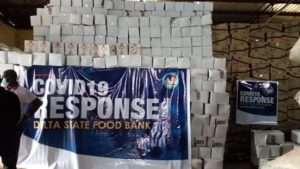 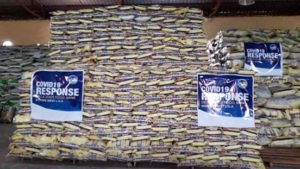 “Food will get to the needy, people who cannot make a purchase, but we should be patient and know that the lockdown will soon come to an end,” he said.