As part of the measures to check the spread of COVID-19, the Ekiti State Government has begun the fumigation of markets and other public places in the state. Speaking to Channels Television on Saturday, the Commissioner of Environment, Gbenga Agbeyo, said the government will maximize all measures to ensure the state is safe. 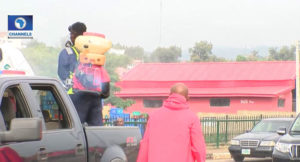 “This is a preventive measure and the state government determined to spare no measure to combat this enemy of humanity because we see this as a necessity. 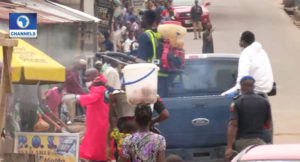 “We have been doing this for quite a while. We are still going to the State Secretariat so it’s going to take a while. Before we end today, we will visit the hospitals,” he said. 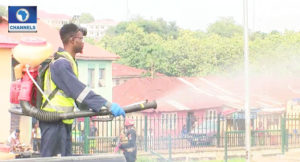 Agbeyo, however, appealed to the people of the state to endure the pains that could accompany the lockdown period in the interest of safety. The state has been under lockdown and curfew for a period 14 days which will expire on April 13. 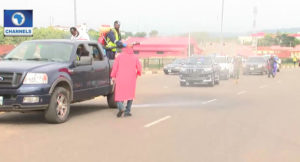 The task force in charge assured that the exercise will be spread to schools, hospitals and other public places outside the state capital.