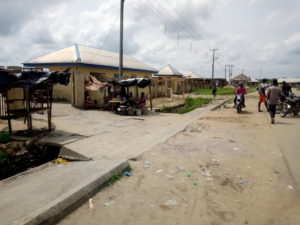 Academic activities in Niger Delta University has been partially inoperative as public drivers plying the popular Tombia-Amassoma road goes on strike. The drivers as at the time of filing this report were seen barricading the airport wing of the Amassoma-Tombia road.

Various sources revealed that the drivers embarked on the strike as a result of overbearing cost of stickers from government agencies. It was learnt that even against the current stickers being sold, another one was newly added which will make the total cost of stickers reach N40,000. A visit to the Airport section of the road shows the drivers chanting, arguing and controlling traffic for easy passage of vehicles as the road is partially blocked. 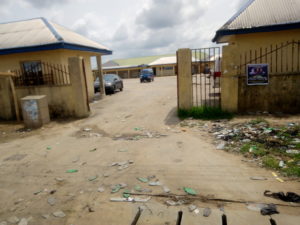 A driver who crave anonymity revealed that “the major problem for the strike is the multiple taxation from the government to the drivers. At the end of the day, the amount you used to buy stickers and other things is much to us. Then after that again, as you are coming, you will see police in about 4 to 5 checkpoints on the road”. The driver added that “every checkpoint collects 100 naira each and it is much”.

The driver noted that in other states, only one of this taxation sticker covers everything for N7,000, but here in Amassoma, only one sticker is about 14,000 to 15,000. He questioned that “at the end of the day, what will the driver go home with?” 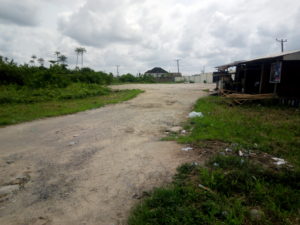 When questioned on how much will be the amount of the total stickers expected to be bought by drivers, our source noted that “it will amount to about N40,000, so it is much”. 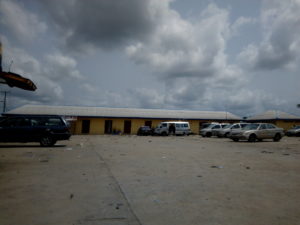 On why they decided to block the road, he said “that is why we blocked the road, so that at the end they will come and talk to those in charge to settle things amicably we bcause we too are human beings, so that we can go back to work”.

“The government did not buy any vehicle for us, this is our own empowerment. Some of us are working under hire purchase condition, so with these charges, how can we meet up?

On how long we are expecting them to remain on stike, he said “even if they come just now, the matter is resolved already. Meanwhile, as at the time of filing this report, government officials have not arrived the scene of the partial blockade at the airport wing of the road neither has the union body been contacted. And it seems like if they do not come, the strike is bound to continue and academic activities may be crippled. 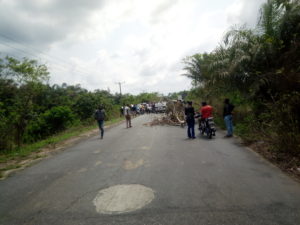 “We are not doing it to hurt anybody, it is just a peaceful protest/strike to attract government attention. That is why we are allowing vehicles to move as you can see. Let it be that the government is aware of the problem at hand because we voted them to power.
The one-day old strike has however, crippled not only academics but also economic activities as goods worth millions of naira could not be transported to Amassoma. A visit to the Endipele park in Amassoma shows okada searching for Yenagoa passengers.

Business was indeed set for the okada as they are currently having their fill of the day. Okada drops within Amassoma however, remained the same. 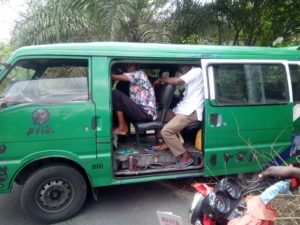 Okada who plied Yenagoa today charged between N1,000 to N1,500 and this ranges from LNG to Yenagoa.